Cue the cliches, as the improbable Patriots comeback in Super Bowl LI was an off-the-rack metaphor.  "Never give up." "It is not over till it is over." "You must believe."

It is true that perseverance and grit alone will not always produce the outcome one hopes for. It is also true that without perseverance and grit the intended outcome is simply not possible.  Tom Brady was a 6th round afterthought when drafted with the 199th pick in the 2000 NFL draft.  To provide a little context, there are only seven rounds in the NFL draft, so not only was the best quarterback of all-time drafted after 198 players, but thirty-one NFL teams passed on him at least five times in that draft. He is the only quarterback to win five Superbowls, and he is now widely considered the best quarterback of all-time.  I will spare students another cliche, but don't let anyone's doubt derail your dreams.

Prior to their overtime victory, the largest comeback in NFL history was ten points. The Patriots trailed by as many as 25 points; they faced a deficit of 19 points heading into the 4th quarter; proving that sometimes metaphors and cliches' are simply accurate.  The Patriots victory demonstrated to anyone who was watching that you must never give up, that you must persevere, that you must be tenacious, and you must demonstrate grit even when the obstacles seem insurmountable to anyone but you.  Most importantly, the Patriots won with class and humility.

While savoring the past and living in the present, it is time we look towards the future.   Students will begin the process of choosing courses for next year. Online course selection starts today, 10 February. The window will remain open until 15 February.  It is important students complete courses selections by next Wednesday to provide the best chance to access the desired classes.

The process for choosing courses remains the same, as the selection process will be done through the Aspen portal.  The slide deck below will walk you through the various steps.   If students have technical questions, please visit our IT Department in the Learning Commons.  Direct any questions about individual courses or the course selection process to the teacher or appropriate guidance counselor. Below is a list of new courses scheduled for next year.

We are excited to offer a few new electives that will run two days a week as opposed to the traditional four days a week.  We hope it will encourage students to sample some of our new course offerings. While it is important to note these electives will benefit all kids, we are excited that it will greatly help students on education plans who receive school-based academic services.  The two day a week elective will allow greater access for all students to sample an elective. Speaking of the future, only 38 days till spring.  Have a great weekend!

For students in grades: 9-12
Prerequisites: No prior background in computer science required.

For students in grade: 11 or 12
Prerequisites: Successful completion of Biology


DIVERSITY OF LIFE (E)
SEMESTER 2 – 2.50 CREDITS
For students in grade: 11 and 12
Prerequisites: Successful completion of Biology


Important Information Regarding Course Selection For Next Year

If there is any chance you are or might be considering playing collegiate sports at a Division I or II institution, you must register with the NCAA Eligibility Center.  In order to quality to play at this level, there are strict guidelines around courses, minimum GPA, standardized test scores, and other related issues that must be met.  We encourage students, beginning in their sophomore year, to register with the eligibility center so that you can plan for these guidelines accordingly.  Please follow the link for more information and instructions.

AP Registration
Reminder - Deadline for AP Registration is TONIGHT, FEBRUARY 10 @ 10:00 P.M.
In order to register, students should click on the link provided in the Daily Bulletin or visit www.TotalRegistration.net/AP/220645


Musical Silhouettes
Under the guidance of the very talented Mr. Pickman, his students completed a fantastic project in celebration of Black History Month. Advanced 2D Art classes have decided to honor the history of black musicians whose innovation, artistry and spirit inspired the evolution of iconic American music; specifically blues, jazz, and rock. These artists defined our musical heritage and our American identity. There are so many musicians, known and unknown, who have greatly enriched the robust fabric of truly American music. We have selected fourteen in an effort to depict a few of our favorites.

Posted by CCHS Principal's Blog at 11:59 AM No comments:

On the eve of Super Bowl Sunday, I want to pay homage to a great sports franchise and two athletic titans. Even those not interested in football and tennis can learn a thing or two from the Patriots organization, Roger Federer, and the great Serena Williams.

A football franchise is more than the 53 man player roster, however.  In fact, they employ hundreds of people from diverse backgrounds.  Males and females with divergent political beliefs, males and females from different ethnic backgrounds, males and females with various religious beliefs; all practicing different rituals, customs, and speaking different languages.  Despite their differences, they come together for a common purpose and a common goal.  One team with one mission, all striving to be the very best they can be.  Sounds a lot like our school.

Last weekend Roger Federer and Serena Williams defied age and won the Australian Open; the first of four major tennis tournaments.  A feat achieved at thirty-five years old; the tennis equivalent of reaching the age requirement for an AARP membership.

More importantly, both won with grace, class, and humility.  Federer is arguably the best male tennis player of all time.  Without a doubt, Serena Williams is the greatest tennis player to ever grace the court.  Her most recent accomplishment hardened the granite and firmly positioned her atop the Mt. Rushmore of sport.

Serena is one of the greatest athletes regardless of gender.  A case can be made that she is, in fact, the most dominant athlete we have ever witnessed.  She lends grace and inspiration to both spectator and sport. Impressive in so many ways.

Monday marks our 100th day of school.  The students of this great school have made the first 100 days a joy.  I look forward to the next 80.  Go Pats!

Student Newspaper
Read the Voice! CC Gets Involved in Trump Pushback, Cleanliness in the School, Sports Updates, What We're Reading, and More!  http://www.cchsvoice.org/

We arrived Saturday afternoon. Once we'd dropped off our bags and got lunch, we joined a women's march in downtown Seattle. After this we went up to the Space Needle. The next morning, we went to Weather Fest, which is a collection of science projects for young kids to enjoy, and for adults to learn how to teach kids about science. We then went to the aquarium, and watched the Patriots game. The next day was the day we presented our posters for our chapter, and for the weather balloon project, to the conference. We spent most of our day at the convention center, attending conferences, talks, and presenting the posters. The next day we left Seattle and returned on Tuesday night. 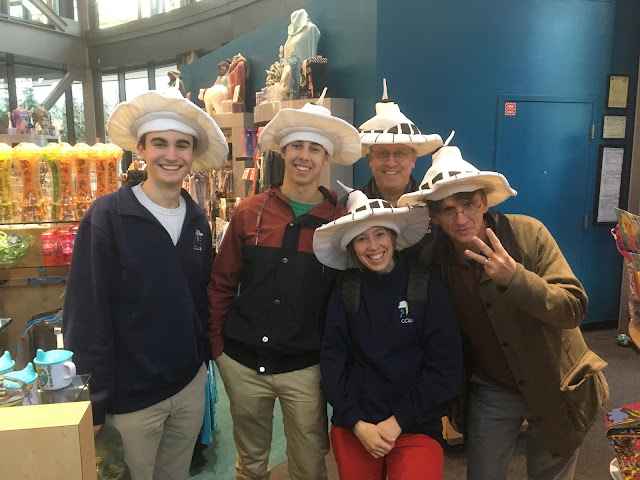 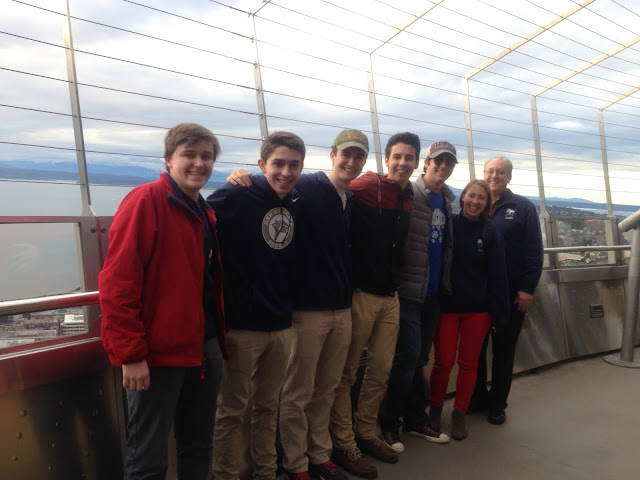 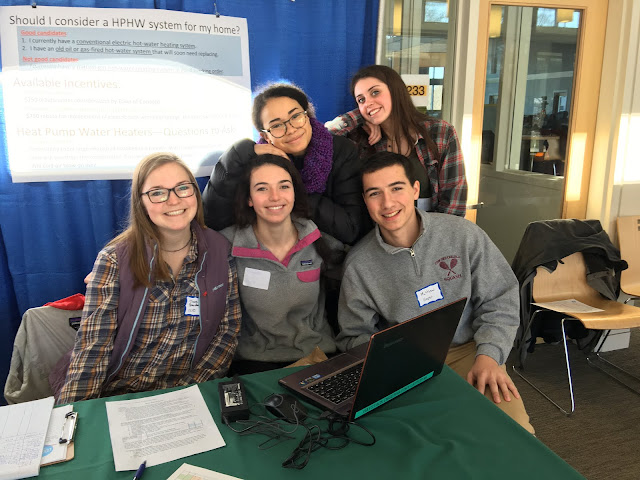 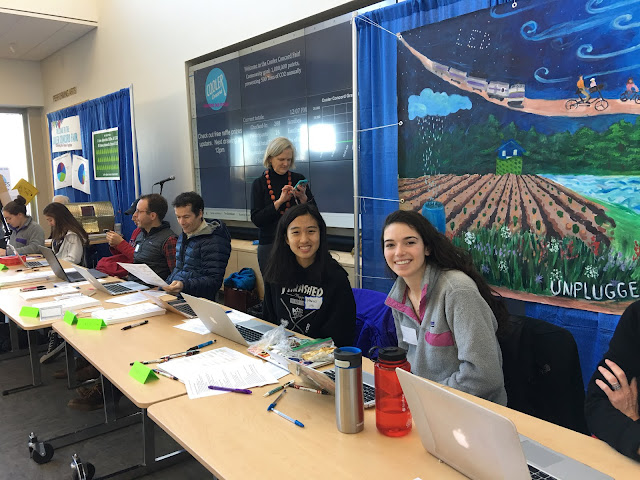 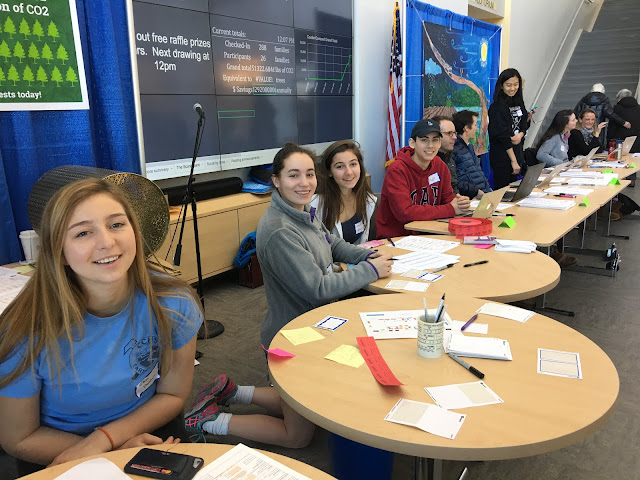 In celebration of Black History Month, Advanced 2D Art classes have decided to honor the history of black musicians whose innovation, artistry and spirit inspired the evolution of iconic American music; specifically blues, jazz, and rock. These artists defined our musical heritage and our American identity. There are so many musicians, known and unknown, who have greatly enriched the robust fabric of truly American music. We have selected fourteen in an effort to depict a few of our favorites.

"The blues is the basis of most American music in the 20th century. It's a 12-bar form that's played by jazz, bluegrass and country musicians. It has a rhythmic vocabulary that's been used by rock n' roll. It's related to spirituals, and even the American fiddle tradition."

We congratulate the following CCHS students who have been recognized by the Scholastic Art & Writing Awards for their outstanding effort and achievement in visual art.

Posted by CCHS Principal's Blog at 6:01 PM No comments: