"You Raise Me Up"

The Boston/New England Chapter of the National Academy of Television Arts and Sciences (NATAS) accorded the nominations in the three categories below.  In two of the categories, we are included with entries from the BSO, so everyone is pretty excited to be in such distinguished company!  NATAS will present the Emmy® Awards Ceremony as a virtual event on Saturday, June 26, 2021, at 7:00 pm ET.

We are nominated in three categories: 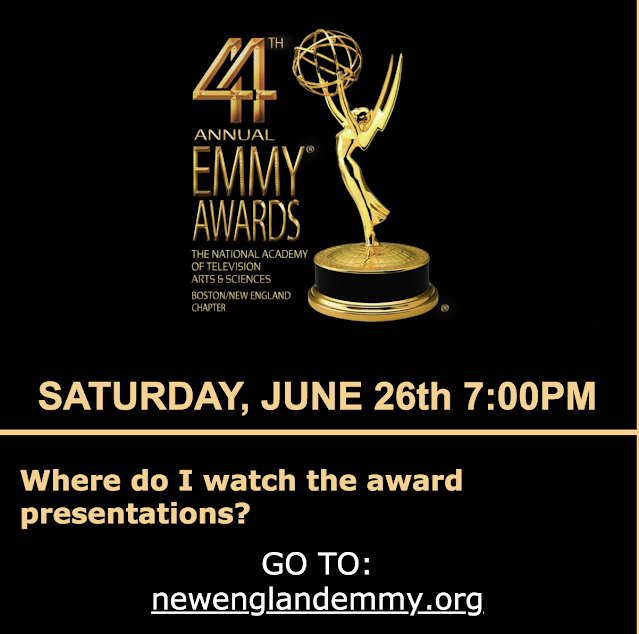 - Deborah Smith, CCHS Director of Choirs
Posted by CCHS Principal's Blog at 10:15 AM No comments:

Mentors and Sponsors Needed For The CCHS Robotics Team

The Concord-Carlisle High School FIRST Robotics team is looking for mentors and sponsors.  The CCHS First team consists of approximately 25 students across four grades.  Each year, beginning in January, we design and build a robot to enter into the FIRST Robotics competition held in the spring.

Many technical companies sponsor first teams.  During the past year, we were very fortunate to have Analog Devices as a sponsor as well as being funded by the Concord Carlisle Regional School District.   We are seeking to obtain more sponsors to offset rising costs.

The robot we build is an electrical-mechanical-software device that performs specific and challenging tasks.  Currently, our software programming is done in Java.  Competition tasks require both human control and autonomous operation of the robot.  We design and build all of the mechanisms on the robot, primarily using aluminum.   Our fabrication facility consists of a variety of drill presses and saws (band, table, miter), a CNC milling machine, 3D printer, and laser cutter.

The CCHS Robotics Team needs mentors that have the ability and desire to collaborate with and guide high school students.  Having work or teaching experience in software, programming, electrical, or mechanical engineering or as an electrician, carpenter, fabricator or technician is desirable. Another requirement is the ability to dedicate a minimum of 10 hours per week during the competition season, which runs from the 1st Saturday in January until the end of March.  The season is modeled after an industry project with the release of robot performance tasks at the beginning of January,   FIRST 2020 Game Reveal.  The design, prototype, build, and test phases are followed by two weekend-long competitions.

The following links provide additional information on the FIRST Robotics Program and our team.

Please complete the Mentor Interest Form or the Sponsor Interest Form Become a Sponsor if you are interested in becoming a mentor or a sponsor of our team.  If you know anyone else who may be interested, please pass feel free to forward this information to them.

If you have any questions or would like additional information please contact me epicard@concordcarlisle.org or Coach Hickman at  whickman80@gmail.com.

Posted by CCHS Principal's Blog at 8:13 AM No comments:

Below I share a few of many highlights from our great students. They remain an inspiration and the driving force to work hard on their behalf. Please read on to review these highlights.  I want to thank every member of the CCHS Educational Community for making this year a success by any measure. A year we will not soon forget, and we eagerly anticipate better days ahead.

It's simple and sweet,

kids just singing and being themselves,

After the year we’ve been through,

We hope you enjoy the 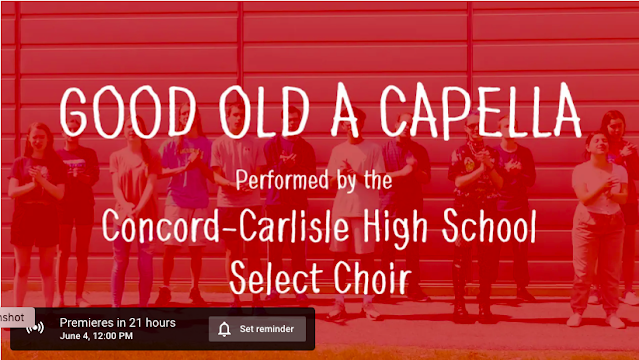 When it comes to the PA, there are many people who deserve a thank you, particularly this year.  The efforts of parents and families to ensure a quality end-of-year experience for students are appreciated and humbling.

A special thank you goes to outgoing President Karen Smith. She quietly and humbly goes about her business to provide students with good experiences and show school staff they are appreciated.  It is time for us to return the favor and repay her in the only way we can, and that is to stand, applaud, and say THANK YOU THANK YOU THANK YOU!

Here is the link to the slideshow created by the Art Association.

This year's senior portfolio award winners are Nicola Hunt for painting, Jack Scheffel and Ruth Benyo for photography, and Jeremy Pietropaolo for ceramics. 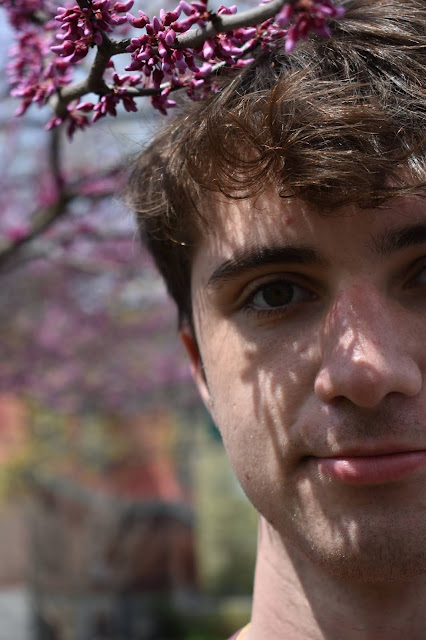 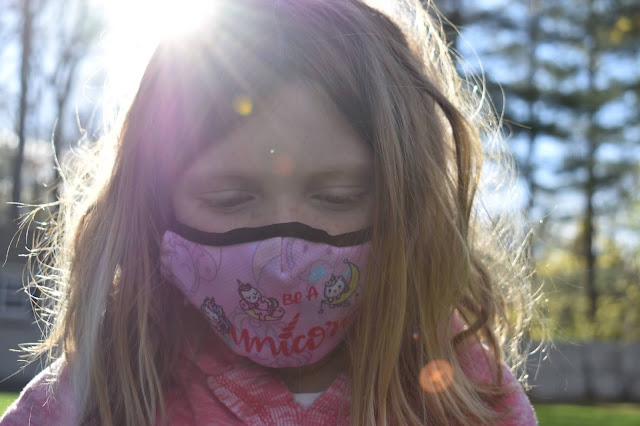 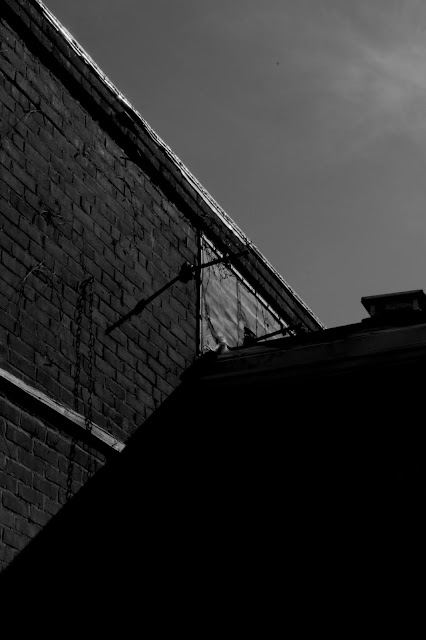 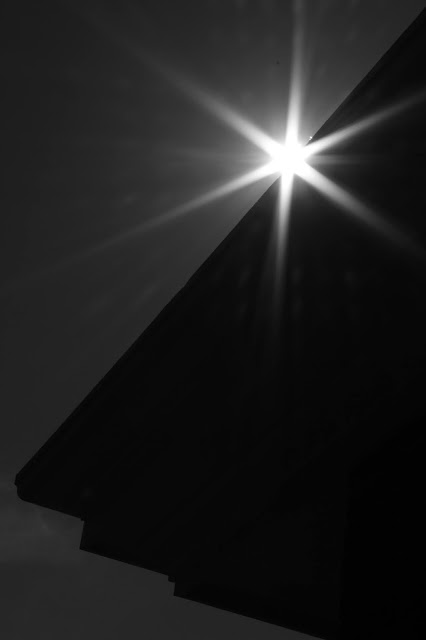 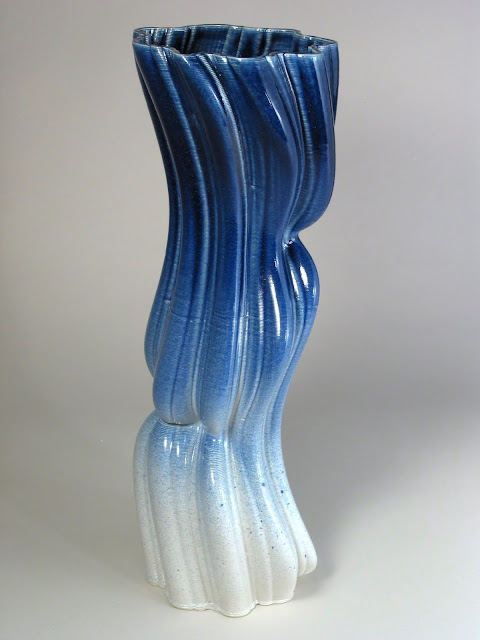 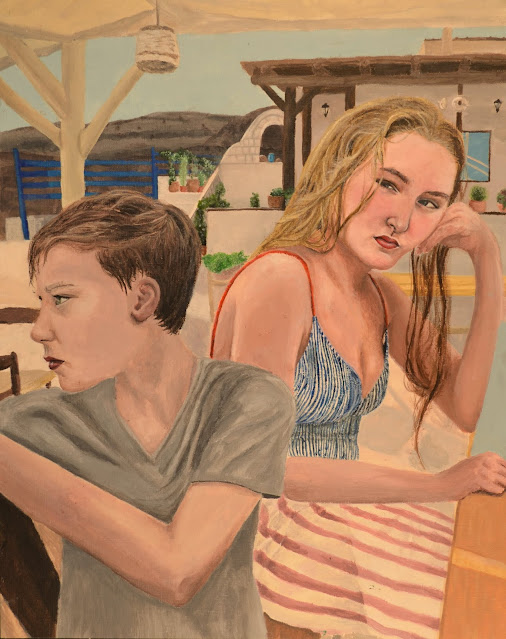 Images from the CCA Gallery: 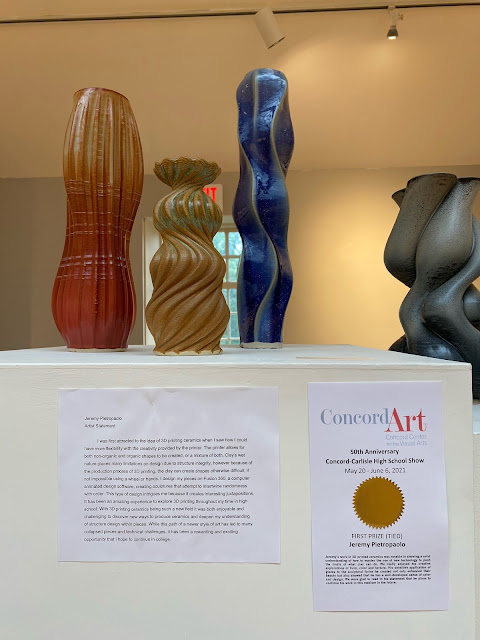 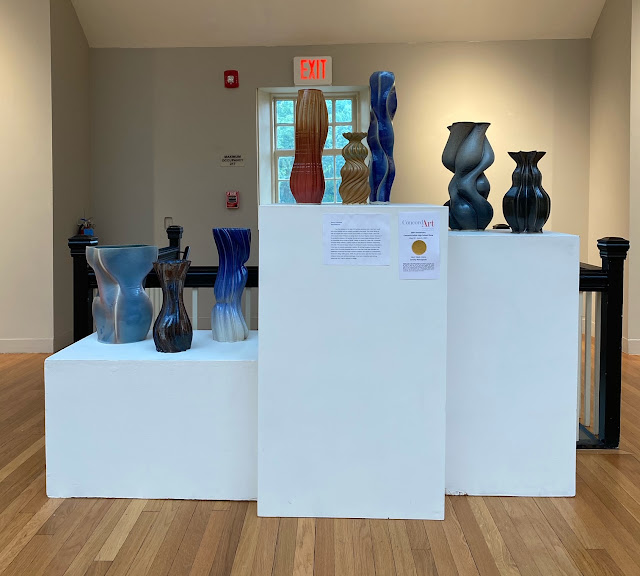 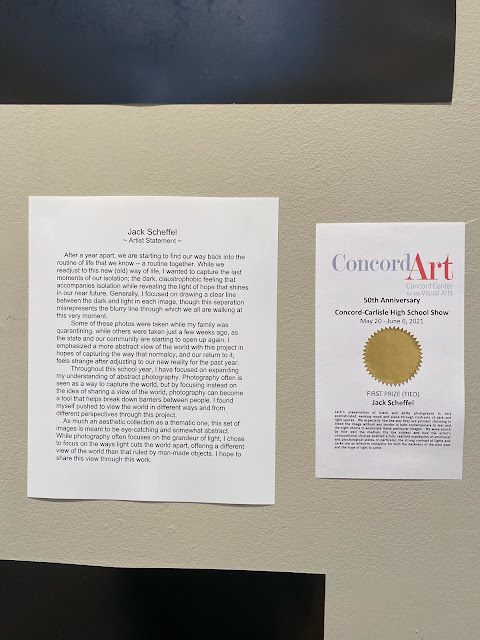 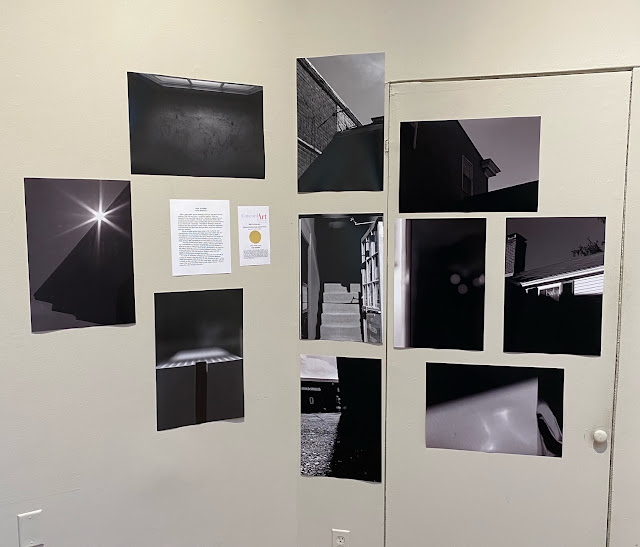 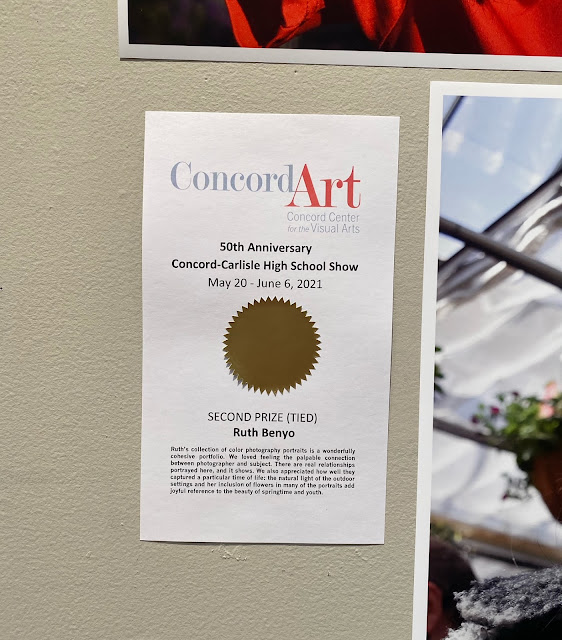 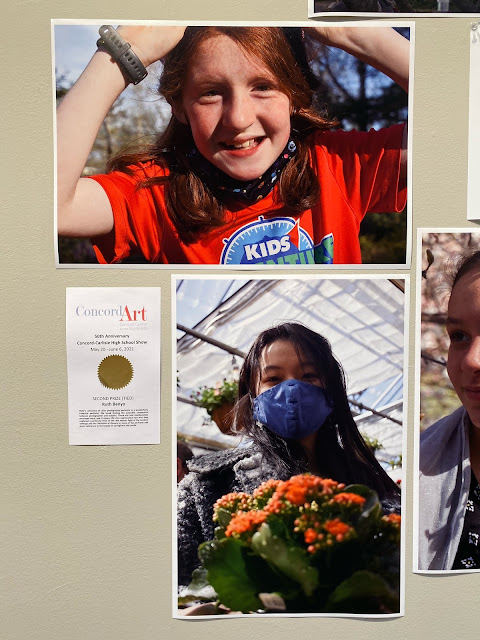 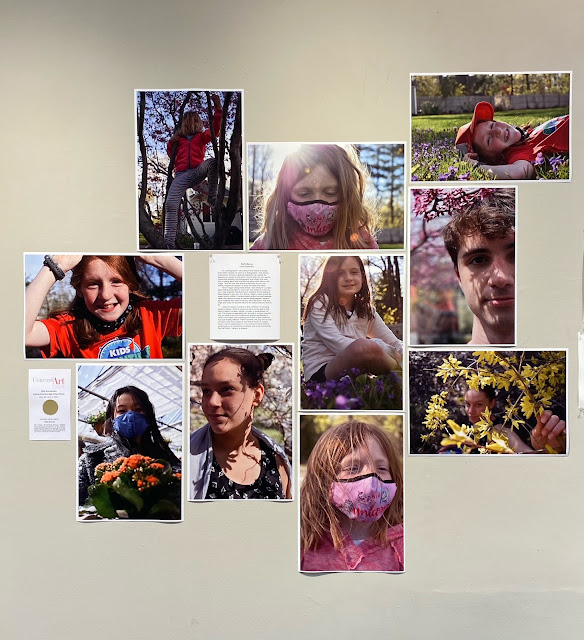 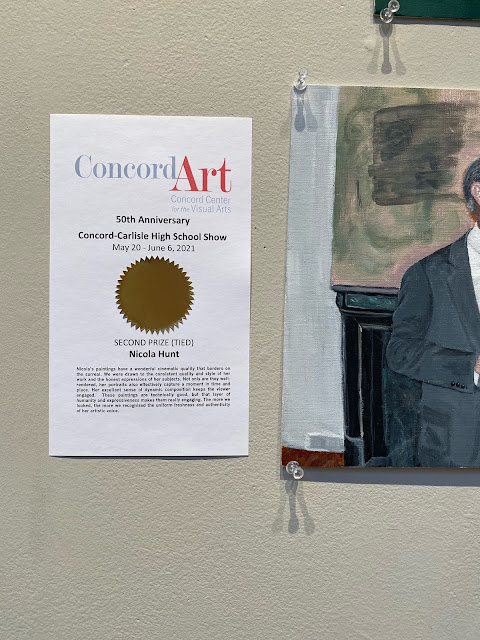 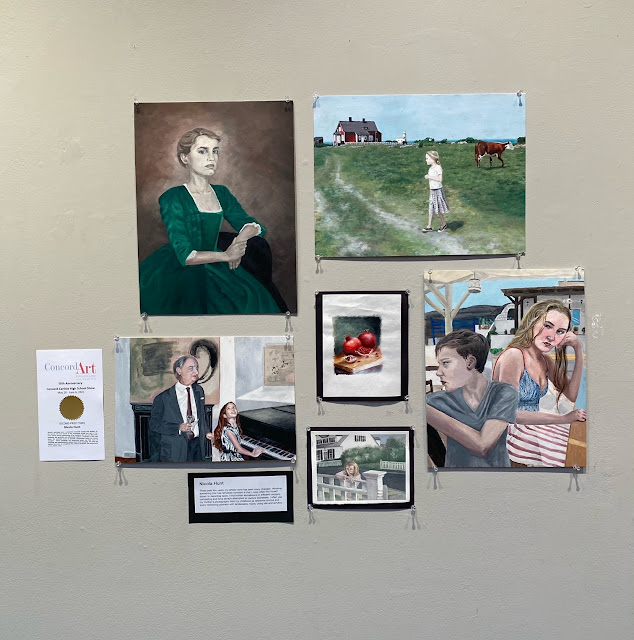 Congratulations to Sophia Lester for winning the 2021 National Education for Assistance Dog Services (NEADS) Award. NEADS trains service dogs to help individuals with disabilities. This award typically goes to a junior or a senior at CCHS, but the Pathways Staff voted unanimously for Sophia to receive this award due to her tremendous citizenship and service within the CCHS Community.
Below are two links detailing the great work NEADS conducts.
https://neads.org/
https://www.youtube.com/watch?v=Iu_JesK40M4 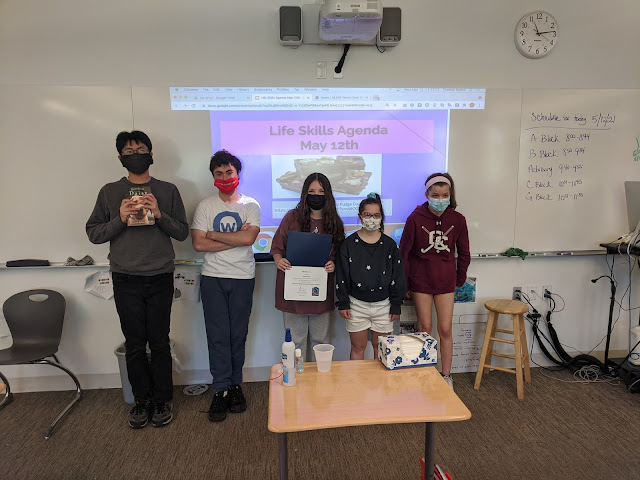 Amanda Thompson sponsored Lauren to enter the science fair. Lauren’s Science Fair work, “Increasing Cell Proliferation in Acinetobacter calcoaceticus,” investigated how to accelerate the life cycle of this bacteria to improve its use in bioremediation of industrial effluents like chromium. For this work, Lauren won the American Society of Microbiology Outstanding Microbiology Proposal Special award!

Please check out all of the 2021 winners at the MSEF here. Congratulations Lauren!

Posted by CCHS Principal's Blog at 8:11 AM No comments:

Additional Details
Posted by CCHS Principal's Blog at 10:15 AM No comments:

I write to provide a graduation update which is but three short days away. As noted previously, the ceremony is outdoors and very much weather-dependent. Presently, the weather looks splendid; however, the forecast for our senior celebration last week called for a passing shower, which, when filtered through year two of the pandemic, translated into a deluge of epic proportions for the entire 4-hour event.

Nevertheless, a dose of naivete accompanied by a healthy heaping of eternal optimism leaves me cautiously optimistic the weather will remain a good friend and not a sinister foe.

Important updates for students and families.

Posted by CCHS Principal's Blog at 7:06 AM No comments:

A note from the principal

I am saddened to report that today we found a homophobic slur on a girls' bathroom wall at CCHS. The timing of this could not be more disappointing. Today marks the start of LGBTQ+ Pride Month, which is recognized both locally and nationally to honor the profound impact that our LGBTQ+ community members have made on our school, our community, and our country.

Words will not lessen or dull the pain and disappointment this incident brings to our LGBTQ+ students, families, employees, and community. Please be assured that our school administration is proactively investigating this incident, and we will work to find the individual(s) responsible for this unacceptable display of hate.

We will never tolerate this kind of behavior in our schools or community. Slurs and other forms of homophobia are unacceptable, and we are saddened to learn that this language was used and directed toward members of our school community. We ask our students to speak out when they witness hate in our schools and the community. We encourage everyone to lend their support to members of our LGBTQ+ community who, on this day, month, and beyond, should not be attacked by slurs, violence, and hatred.

There are resources for all students who may feel negatively impacted by this incident. Also, as always, guidance counselors are available to anyone in need of support. In addition, parents should feel empowered to engage with their students in using the aforementioned resource as a valuable guide for honest and authentic conversation.

This day and every day should be about love and respect for one another; our differences should be celebrated and bind us, not insulted and used to divide us. Our school community, comprised of students from Boston, Concord, and Carlisle, stands with our LGBTQ+ community in recognition that any form of hate, bias, and discrimination will never be tolerated.

I take solace knowing that this incident does not reflect the values of our community, and with confidence, I suggest that the tolerant and welcoming environment we hold dear will denounce this act in no uncertain terms and rally behind members of our community in need of support.

Posted by CCHS Principal's Blog at 5:51 PM No comments: