Important Update: Vaping And Its Dangers

Each year the American Cancer Society sponsors the Great American Smokeout. The third Wednesday of November smokers across the nation are encouraged to quit smoking.  The good news is our Youth Risk Behavior Survey Data showed a decline in teen use of tobacco products.  Better yet, YRBS data showed a decrease in all risky behaviors.  A more recent trend, commonly referred to as vaping, is a significant cause for concern.  Schools and parents across the Commonwealth and nation are grappling with this alarming trend, and we are no exception.

With the rise in popularity of e-cigarettes and vaporizers, along with the prevalence of vape shops popping up on seemingly every corner, we wanted to share some critical information. The purpose of this correspondence is to inform and educate, solicit help, provide resources, and outline school consequences for students who are caught vaping, or found in possession of vape products on school grounds or a school-related function.

As part of a principal's network, last week I received correspondence from more than 30 principals in Massachusetts all expressing concern with the increase in vaping amongst their student body.  I fear parents are not aware of this growth, or they are being led to believe the risks are negligible.  We discussed the health effects and school consequences with students during Advisory today.  You can see a portion of the presentation here.

School Consequences
We have witnessed an uptick in activity at CCHS.  This is not a matter we are taking lightly. In accordance with our handbook, students in possession of drugs or drug paraphernalia (including vapes) will be suspended from school. Further, this is a violation of the MIAA chemical health rules and will result in loss of eligibility for a portion of the season.

The recent increase prompted us to delve deeper into the topic of vaping, and our research leaves me nervous as a principal and father. 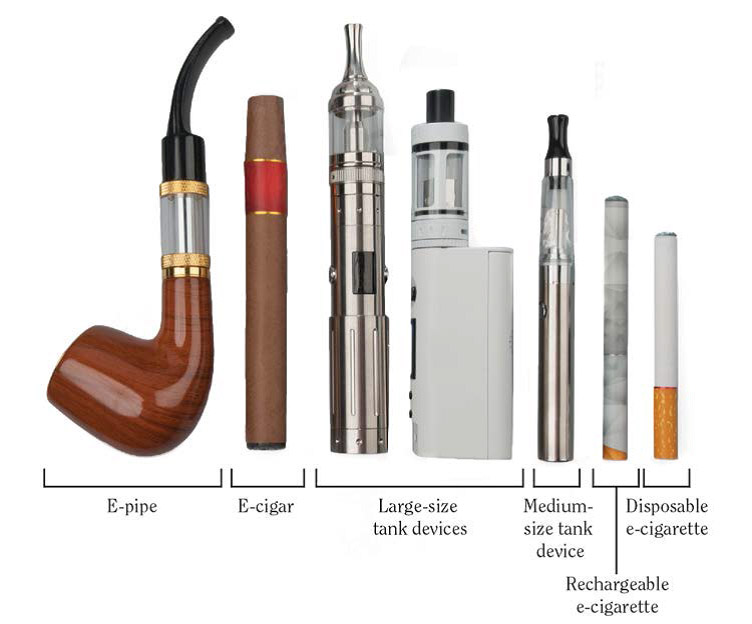 Vape Products
Vaping is the act of inhaling a vapor produced by an electronic vaporizer or e-cigarette. Pictured above are but a few examples of vapes.  The vapor can contain nicotine along with substances far worse. The liquids that are vaporized come in many different flavors; some emitting a fruit like odor, and students are led to believe vape juice is not harmful.

Eerily similar to cigarette advertising generations ago, vapes are often marketed as innocuous and/or a healthier alternative to smoking. Not surprisingly, adolescents are a target audience.  Vapes can be used quickly and often without detection since little residual odor results from vaping, and they are usually small and easily disguised.

Vape juice is not regulated by the FDA, and therefore we often don’t know what is in the juice, nor do we know the long-term effects of inhaling these chemicals, particularly on the developing lungs and brains of teenagers.

Vaporizers/e-cigarettes (“vape pens”) come in all different shapes. Some common styles we see look like a thick pen, a stylus for an iPad, a flash drive, or a small flask with a round chimney coming off the top.  The devices are tiny and can easily be hidden on a person or blend in with standard backpack items.  Like cigarettes, stores cannot sell vaping items to people under the age of 18.  In Concord, the minimum age to purchase vaping materials is 21, and vaping is prohibited in any public indoor space in Concord.  However, students report buying the devices online or from older siblings or friends.

Nicotine, Diacetyl, Marijuana & Other Vape Products
There is a considerable concern for a product called diacetyl that can found in vape products.  According to the American Lung Association Website,  "over a decade ago, workers in a microwave popcorn factory were sickened by breathing in diacetyl—the buttery-flavored chemical in foods like popcorn, caramel and dairy products. While this flavoring may be tasty, it was linked to deaths and hundreds of cases of bronchiolitis obliterans, a serious and irreversible lung disease. As a result, the major popcorn manufacturers removed diacetyl from their products, but some people are still being exposed to diacetyl - not through food flavorings as a worksite hazard, but through e-cigarette vapor."

Nicotine and marijuana can be vaped with little fear of detection unless caught in the act. I asked one of our school nurses, Kari-Ann DeCapua, to research other drugs that can be vaped.  The results are horrifying. One site lists the following drugs:

A contact at a college police department informed us that any drug dissolvable in glycerin can be vaped. Drugs that can be dissolved in glycerin include; ecstasy, molly (both MDA and MDMA), meth, and other amphetamines, heroin, codeine, Percocet, Ritalin, Xanax, acid, DMT, mushrooms, or even just muscle relaxers or over-the-counter medications.

Our goal is to partner with parents to help support our students in making positive and healthy decisions.  We encourage you to have a conversation with your child about this topic.

Below I have included some resources and pictures for your review.  Please scroll to the bottom of the page to read some common misconceptions associated with vaping and e-cigarettes provided by the American Lung Association.  For more information, please visit their website.

2016 Surgeon General's Report: E-Cigarette Use Among Youth and Young Adults 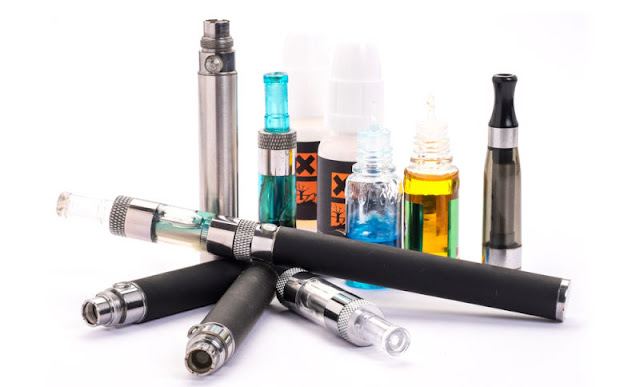 FACT: The FDA hasn't found any e-cigarette to be safe and effective in helping smokers quit.

Instead of quitting, many e-cigarette users are continuing to use e-cigarettes while still using conventional cigarettes. In 2015, 59 percent of the people who recently used e-cigarettes also currently smoked conventional cigarettes. The U.S. Surgeon General has found that even smoking a few cigarettes a day is dangerous to your health.
When smokers are ready to quit, they should talk with their doctors about using one of the seven FDA-approved medications proven to be safe and effective in helping smokers quit. They can also contact the American Lung Association to find a program that is right for them.

FACT: E-cigarette use among middle and high school students more than tripled from 2013 to 2015.

With aggressive industry tactics such as cartoon characters and candy flavors including bubble gum, fruit loops, chocolate and strawberry, it's no surprise studies show a dramatic increase in kids using e-cigarettes. For the first time ever, teens are smoking e-cigarettes more than traditional cigarettes.

The aerosol (vapor) emitted by e-cigarettes and exhaled by users contains carcinogens, such as formaldehyde, according to early studies. Little is known about these emissions or the potential harm they can cause. 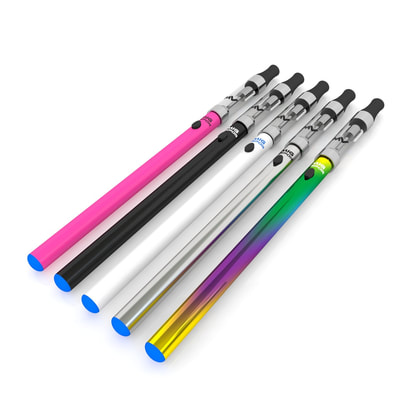 Posted by CCHS Principal's Blog at 8:52 AM